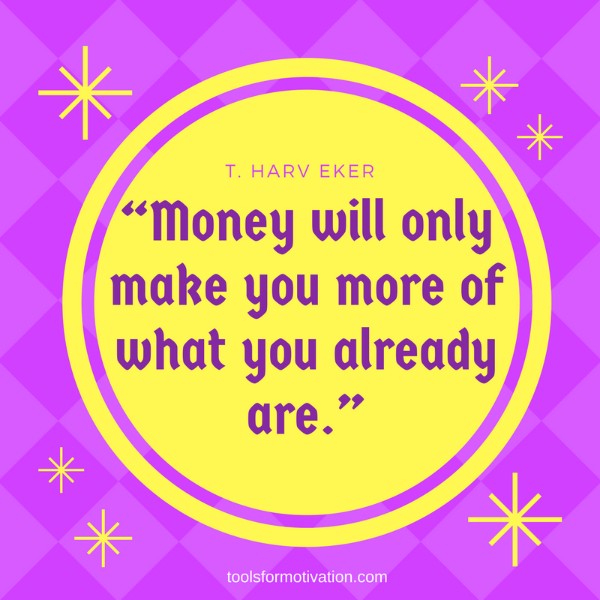 “Money will only make you more of what you already are.” – T Harv Eker

“Wealth is a mindset. It’s all about how you think. Money is literally attracted to you or repelled from you.” – David Schirmer

“Money can’t buy happiness, but it will certainly get you a better class of memories.” – Ronald Reagan

“A wise person should have money in their head, but not in their heart.” – Jonathan Swift

“Wealth consists not in having great possessions, but in having few wants.” –Epictetus

“Happiness is not in the mere possession of money; it lies in the joy of achievement, in the thrill of creative effort.” – Franklin D. Roosevelt

“Money is a terrible master but an excellent servant.” – P.T. Barnum

“Wealth is not his that has it, but his that enjoys it.” – Benjamin Franklin

“Never stand begging for that which you have the power to earn.” – Miguel de Cervantes

“Money is power, freedom, a cushion, the root of all evil, the sum of blessings.” – Carl Sandburg

“Expect the best. Prepare for the worst. Capitalize on what comes.” – Zig Ziglar

“If you would be wealthy, think of saving as well as getting.” – Ben Franklin

“Fortune sides with him who dares.” – Virgil

“If we command our wealth, we shall be rich and free.” – Edmund Burke

“Resenting the rich is one of the surest ways to stay broke.” – T Harv Eker

“Money will come when you are doing the right thing.” — Mike Phillips